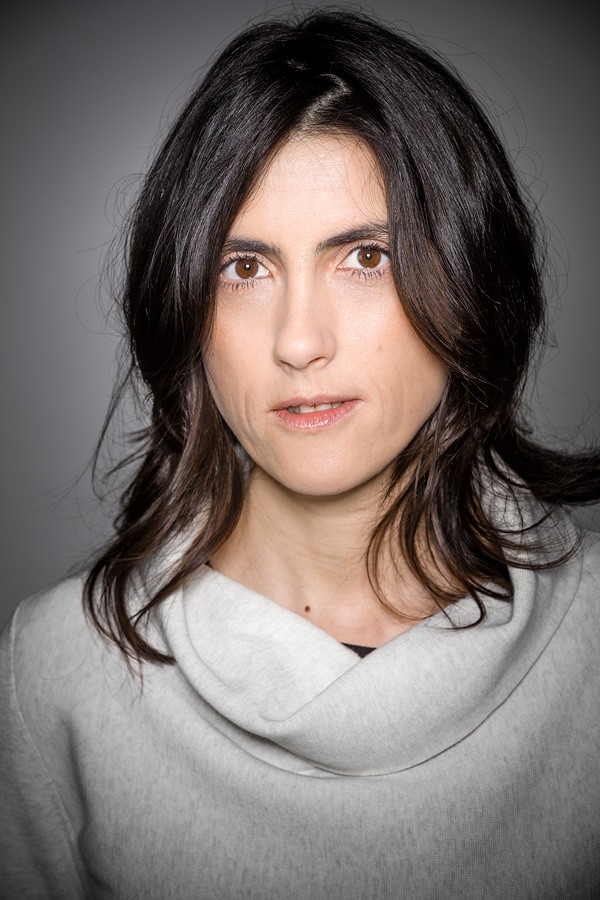 Before joining Doc/Fest, from 2012 to 2020, Cíntia Gil served as co-director (later, director) of Doclisboa in Portugal, where she was responsible for the festival’s collaboration with the European consortium Doc Alliance, as well as for the creation of the Ibero-American project development lab Arche. In addition, she has been a member of the Executive Board of Apordoc, the Portuguese Documentary Film Association, since 2015. Gil is a regular guest at panel discussions and conferences, and on international festival juries such as Berlinale, Mar del Plata, FIDMarseille, London Film Festival, Guadalajara IFF, RIDM, Dokufest, among many others. 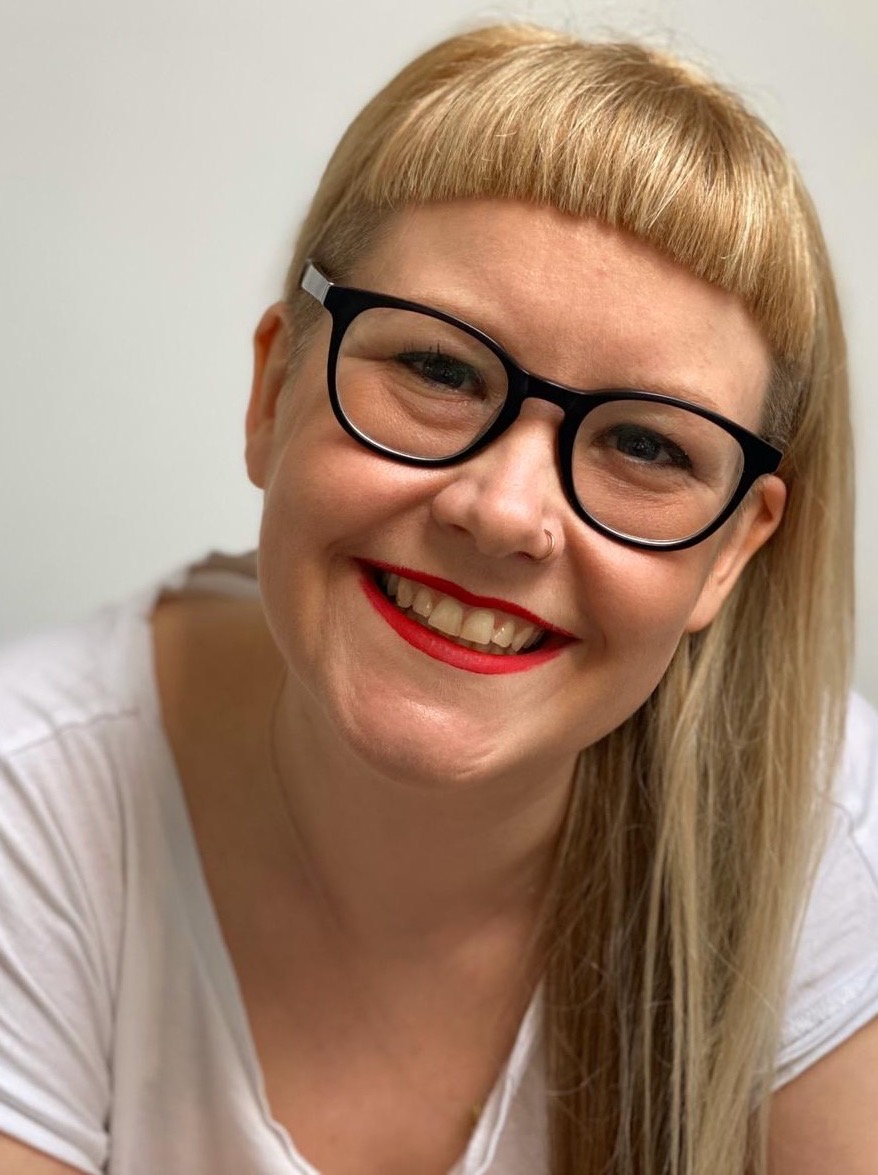 Melanie has been Sheffield Doc/Fest’s Deputy Director since 2014: having been involved first as Development Consultant since 2010, and serving as Interim Director of the 2019 edition. She also co-curates Doc/Fest’s Rhyme & Rhythm section. Originally from East Yorkshire, Melanie’s background is as a film curator and festival producer. As former Director of Berwick Film & Media Arts Festival on the English-Scottish border, she commissioned moving image works, installations and performances for heritage sites, which have since gone on to tour to festivals and galleries world-wide. Melanie is a BIFA voter for the documentary award, is regularly invited to speak on diversity, inclusion and ethics in the industry, and has participated on juries including Nordisk Panorama, ZagrebDox and One World Media. 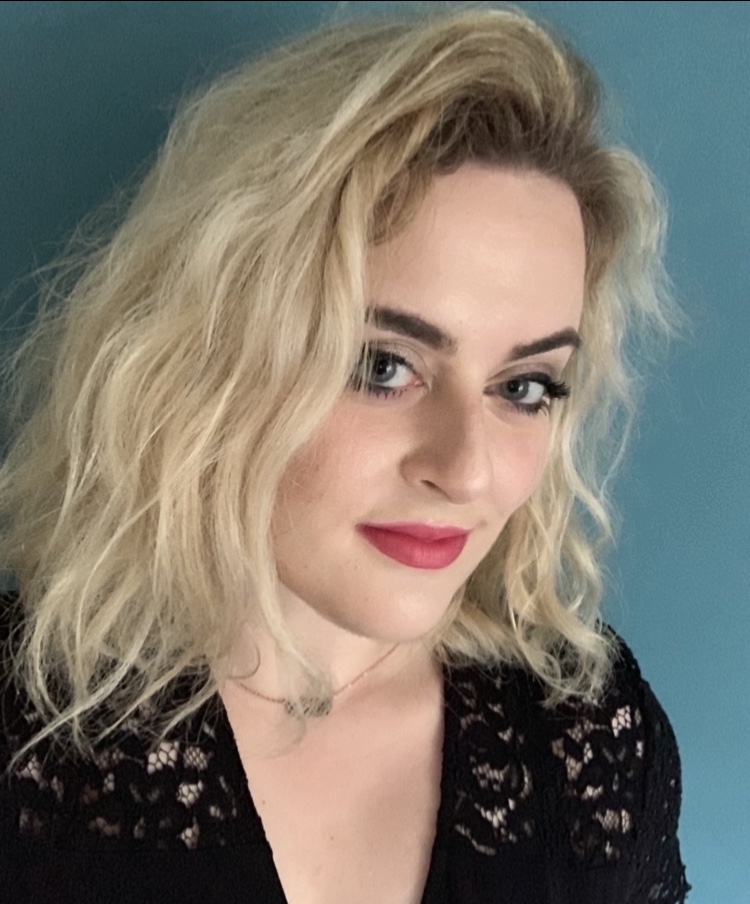 After first volunteering with Doc/Fest in 2016, Corrigan was a Festival Assistant and later worked on following editions of the Festival as part of the Operations and Marketplace teams. She returned Doc/Fest in her current role in late 2019. She enjoys spending most of her free time in a dark cinema and scenic walks to the Doc/Fest bar. 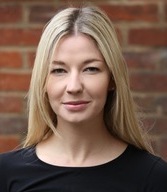 Ahead of joining the Doc/Fest team in 2013, Sylvia worked in documentary film and TV production, beginning her career as Production Coordinator on the feature documentary The Age of Stupid. She then joined Current TV as an Associate Producer, working alongside the commissioning editor to manage both single and series documentaries from development through to broadcast. At Doc/Fest Sylvia develops new and existing partnerships across the UK and internationally. 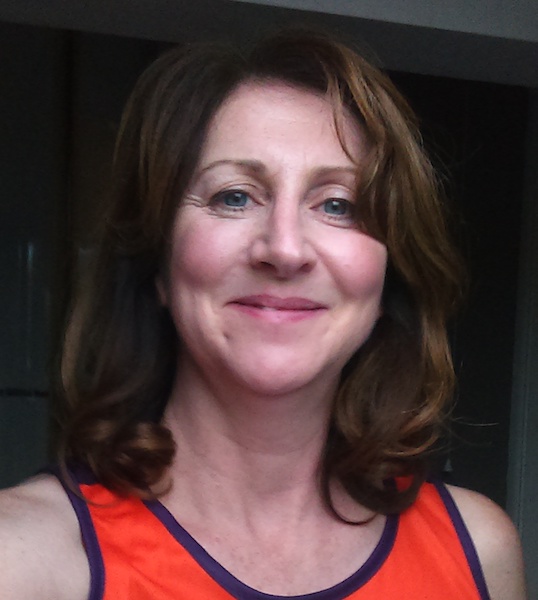 Pamela began her career in film at the BFI and London Film Festival. She has worked in a variety of marketing and fundraising leadership roles across the cultural sector in Yorkshire before becoming Arts Council England's first Audience Development Officer for the Yorkshire region. Following more than a decade in academia in Cambridge and London universities, she became a full-time consultant focused on working with creative charities and artists to help them deliver inspirational and engaging art while achieving a sustainable and resilient business model. 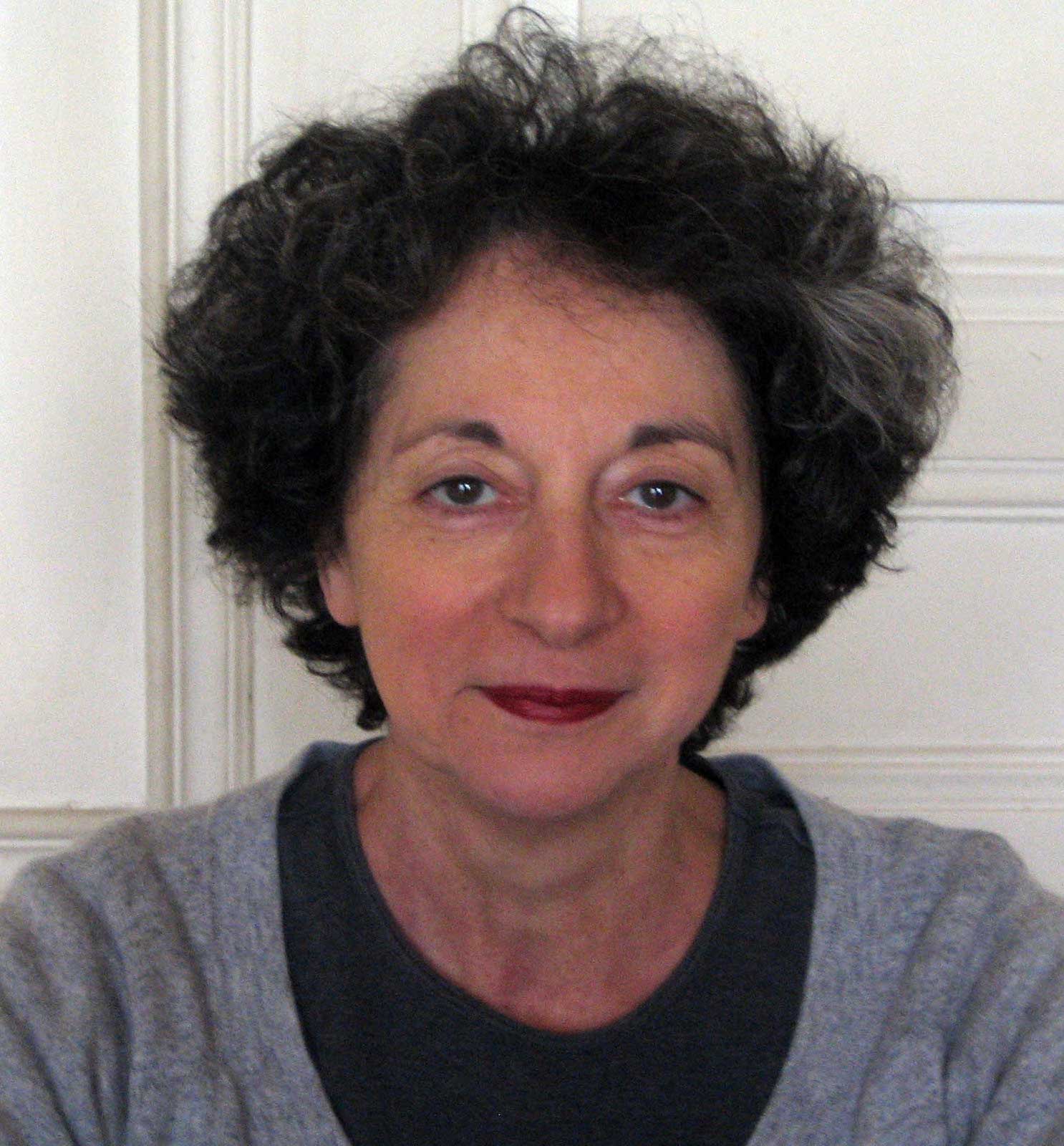 Film programmer Agnès Wildenstein was born in Strasbourg, France, and lives in Lisbon, Portugal. After being a researcher for the French TV Archives I.N.A. she participated in the creation and activities of Paris Forum des Images, Acquisitions and Programming for six years. Then, Agnès worked at La Cinémathèque française in Paris for ten years, at Locarno film festival in Switzerland for twelve years. She was a member of the Jean Vigo Award jury for ten years, and member of the selection committee of ARTE France Cinema from 2012 to 2015. Jury member in more than twenty film festivals around the world, she was the invited curator for the 2019 edition of Portuguese cinema seminar Doc’s Kingdom. Agnès was associate programmer for DocLisboa from 2014 to 2019, where she curated the first complete Luis Ospina retrospective in Europe in 2018, and the retrospective on East German documentaries during this year edition. 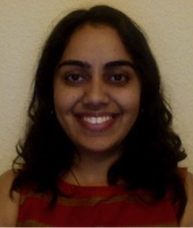 With a background in community cinema exhibition, Mita started working in Doc/Fest as a volunteer, then supported the Doc/Circuit tour as a Distribution Trainee, moving on to be the Film Programme Coordinator and now the Film Programme Producer, supervising the delivery of the Film Programme for the festival. She is primarily responsible for the external contacts including filmmakers, national film institutes and distributors, managing the submissions process, running the Youth Jury Programme and coordinating Doc/Fest's year-round activity outside of the festival. Mita's previous work experience has been in health services' management, youth leadership initiatives and as support teaching staff in schools within the UK and abroad. 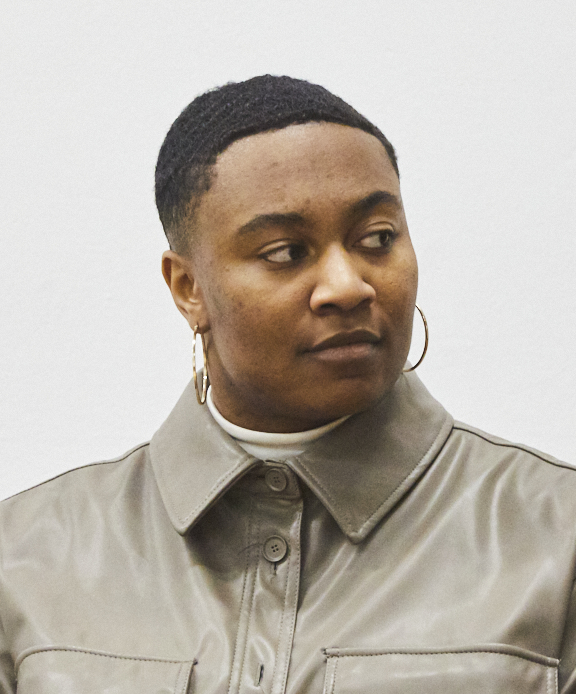 Rabz Lansiquot is a filmmaker, writer, curator, and DJ. She works alongside Imani Robinson as the artistic and curatorial collective Languid Hands. She was a leading member of sorryyoufeeluncomfortable (SYFU) collective from its inception in 2014 and with SYFU has produced public programmes in a number of institutional and independent contexts in the UK and Europe including curated screenings, collective readings, performances, workshops and discussions, and co-curated exhibitions. Rabz is currently Curator In Residence at LUX Moving Image, developing a public and educational programme around Black liberatory cinema. 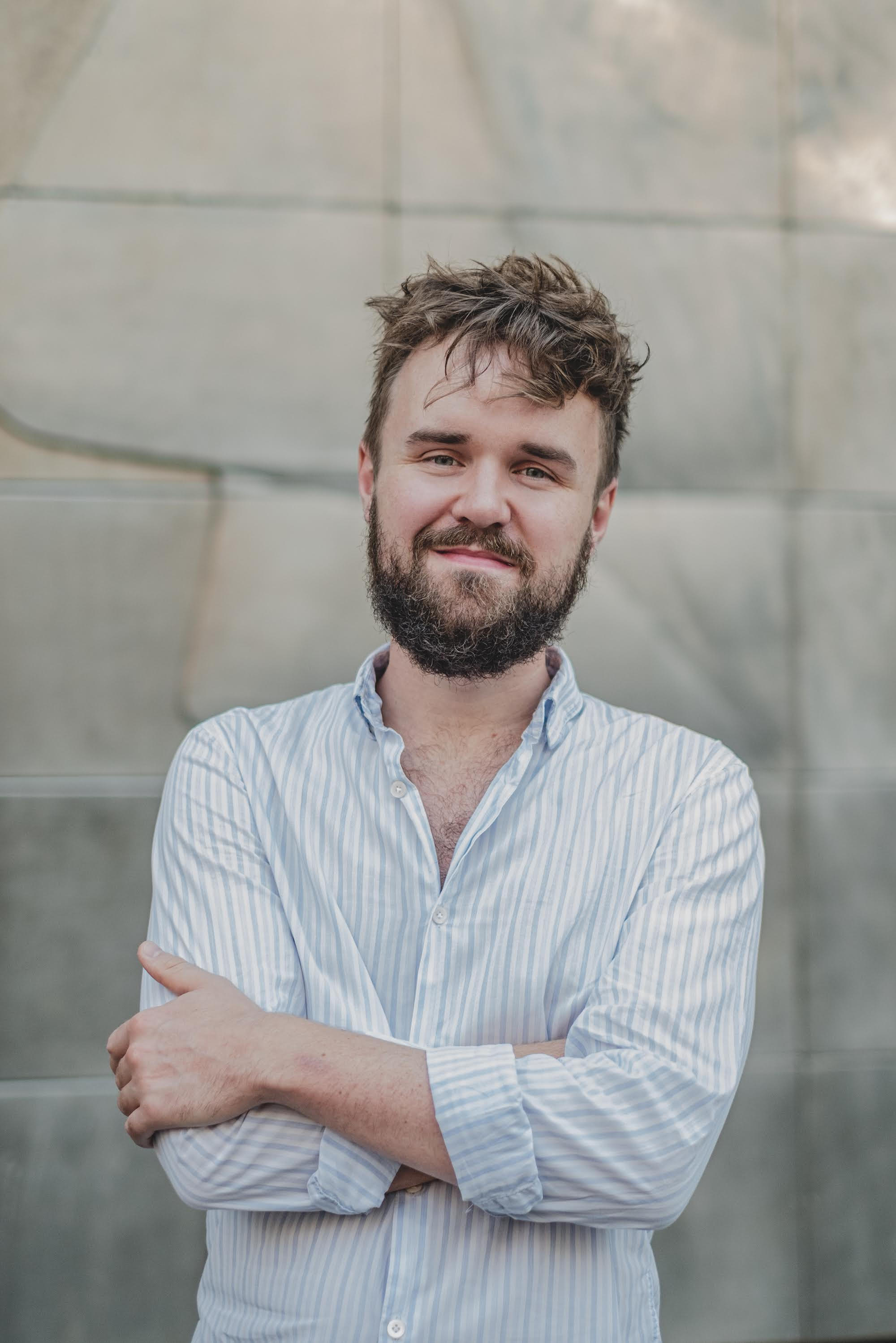 Christopher is a writer, filmmaker, and programmer, originally from the United  Kingdom and currently based in Prague.  He is the Project Manager of the Locarno Critics Academy, a respected workshop in film criticism that runs during   Locarno Film Festival. Christopher will also curate Doc/Fest's 2020 retrospective strand, Reimagining the Land, to be shown as part of the festival's online programme for 2020. 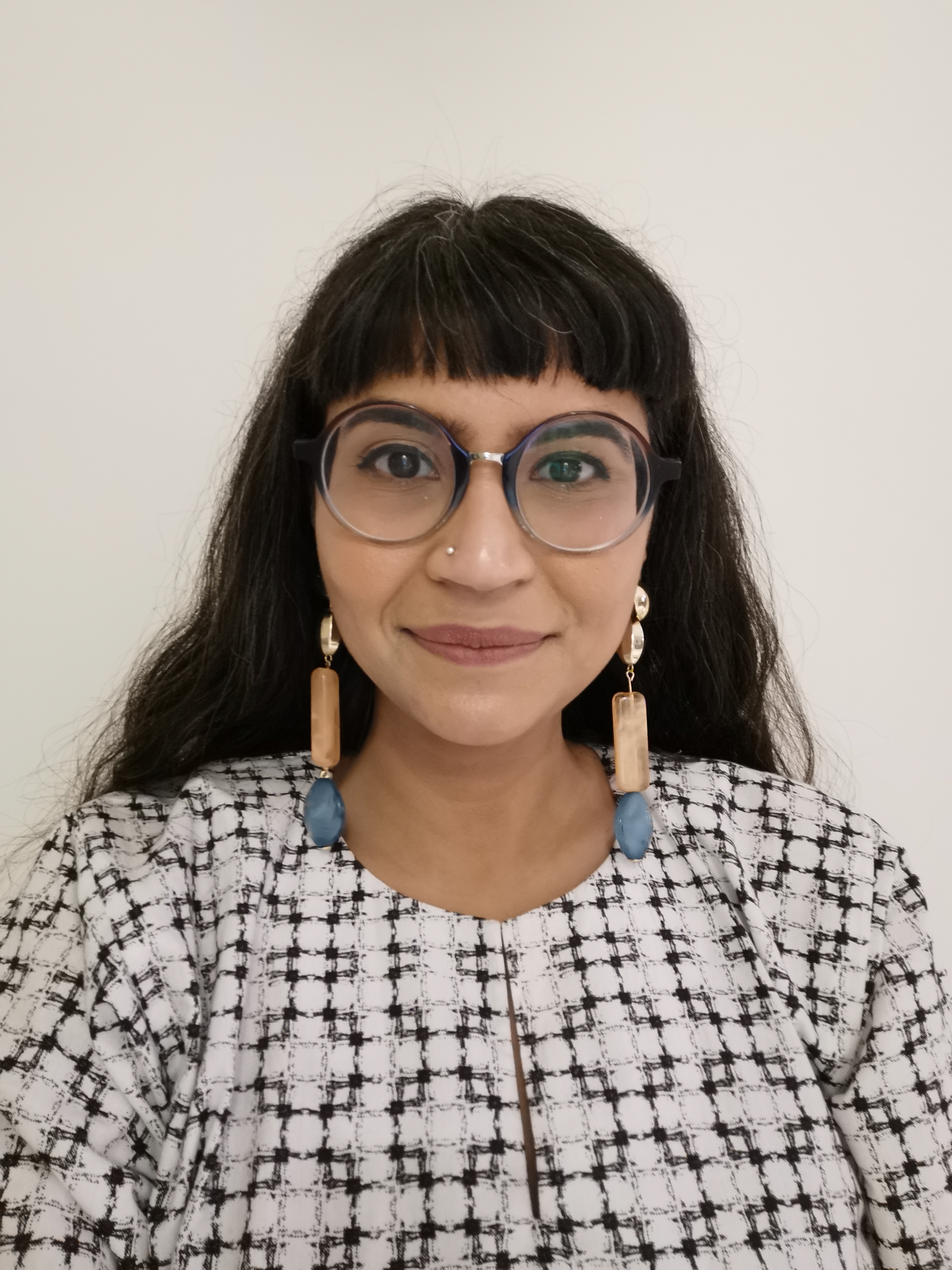 Qila Gill is an artist, curator and programmer. Prior to Sheffield Doc Fest, she has worked for various film festivals including BFI London Film Festival, London Short Film Festival and Encounters Film Festival. She is a fellow at the Royal Society of Arts. 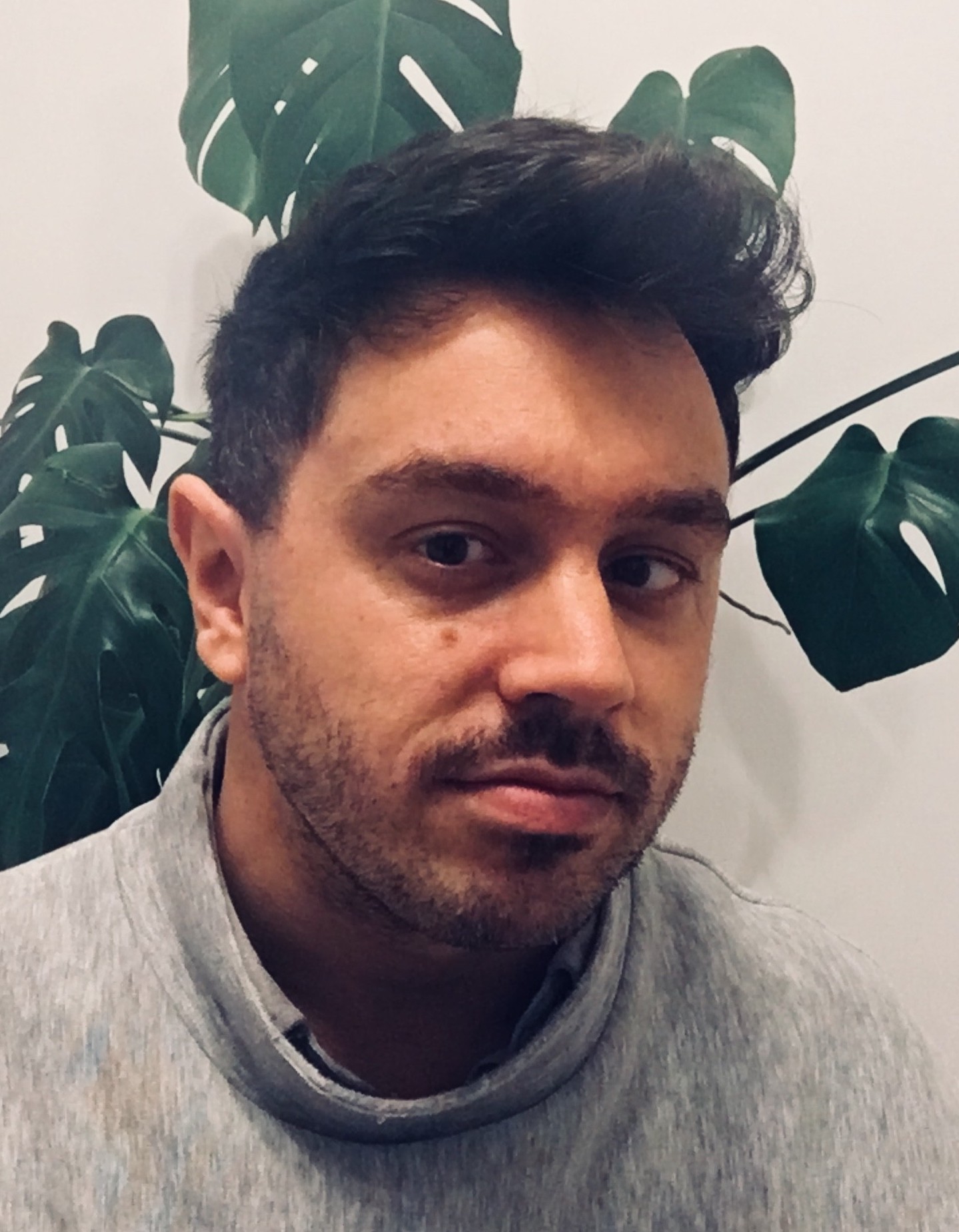 Curator & Head of Alternate Realities Joe Cutts joined Sheffield Doc/Fest in 2011. He has been integral to shaping the identity and ethos of Alternate Realities programme, stripping away the trend of modern technologies and aligning them with timeless art forms. He is currently leading on the artistic vision for the festival and year round programmes. Cutts is also a video installation artist and programmer based at S1 Artspace in Sheffield. 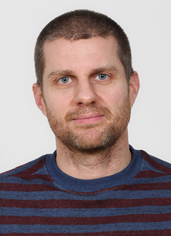 Nigel Fischer leads on the curation and production of the public talks and industry sessions strand of the Festival, having previously worked for Doc/Fest as producer of the Crossover Summit (now Alternate Realities Summit). Before joining Sheffield Doc/Fest, Nigel worked as Project Manager for independent arts agency The Culture Company, where he produced and managed cultural projects, artist support programmes and public art events. 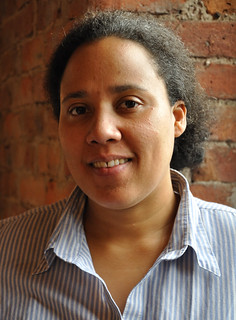 Erinma is a curator and practice-based researcher of immersive experiences. As creative director of Squirrel Nation, she has held fellowships and residencies with Jerwood/Manchester International Festival and INIVA/ Stuart Hall Library. Currently based in the school of Geography and Environment at The University of Reading, she leads on a storytelling strand for the climate justice initiative, Engaging Environments. As a Digital Society Fellow, supported by Wellcome, she is investigating the new literacies emerging from artistic and scientific interactions with digital technologies to curate postcolonial ‘readings’ of reality, everyday performance and history. Her ambition is to resource equity through co-inquiry and co-created solidaric acts. Trained originally in neuroscience and film, Erinma is an EAVE producer, with experience of curating, commissioning and executive producing film slates and exhibitions for B3 Media, Scicomm Space and Squirrel Nation. 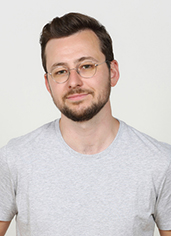 Patrick runs Doc/Fest’s international Marketplace connecting filmmakers with industry Decision Makers to get new documentaries made and seen. He also oversees the Festival’s All Year talent development programmes. Formerly Distribution Manager at Dogwoof from 2012-16, Patrick has worked closely with filmmakers, producers and partners on a diverse slate of over 100 documentary releases including The Act of Killing, Blackfish, Cartel Land, Concerning Violence, The Confession, Dior and I, Dreamcatcher, Leviathan, The Look of Silence, Speed Sisters, Ken Loach’s The Spirit of ‘45 and Michael Moore’s Where to Invade Next. Prior to working on documentaries, Patrick studied Economics and subsequently taught Government and International Relations at the University of Sydney. Contact Patrick to discuss new projects. 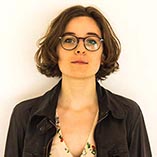 Manon is the Marketplace and Talent Programme Producer at Sheffield Doc/Fest, designing, organising and coordinating the various marketplace opportunities and initiatives (MeetMarket, Alternate Realities Talent Market, Marketplace Summit and Sessions, Pitch opportunities,...). A graduate from Paris Sorbonne and the University of Copenhagen, Manon also coordinated the Assembly Development Lab at Open City Documentary Festival, and worked as an assistant for Nordisk Panorama, the Danish Film Institute, CPH:DOX and Creative Europe. In her free time, Manon enjoys listening to shoegaze, arguing about politics and criticising British cuisine. 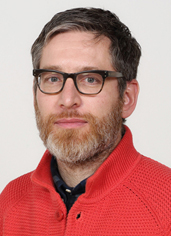 Since 1998, Mat has worked in both production and artist roles on numerous film, sound, and arts events, at festivals and galleries in the UK and abroad. He became a freelance production manager in 2003 and first contributed to Sheffield Doc/Fest in 2004, working on every Doc/Fest since then in an ever-growing capacity. As Head of Production, he delivers all the technical elements of the event, books all venues, and oversees event safety. 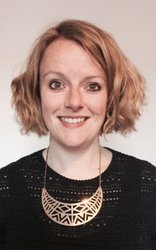 Originally from a theatre direction and dance theatre background, Maria has been part of the Doc/Fest team since 2012 when she was the Festival Administrator, then Head of Operations & HR in 2015 and as of 2020; Head of HR & Participation. She particularly enjoys being part of ‘Team Ops’ and working closely with the Production team on ‘making the magic happen’. She is an advocate for access at the festival and the wider arts community and continues to develop a variety of programme initiatives to enable access to all at the festival. In her spare time, she attends the theatre, enjoys running, cycling, yoga and trying to cook whilst handling the sass from Gerry, the cat. (He’s gorgeous though). Ask her for information about educational partnerships, community outreach initiatives, questions or concerns about accessibility at the festival and festival recruitment and work placement opportunities. 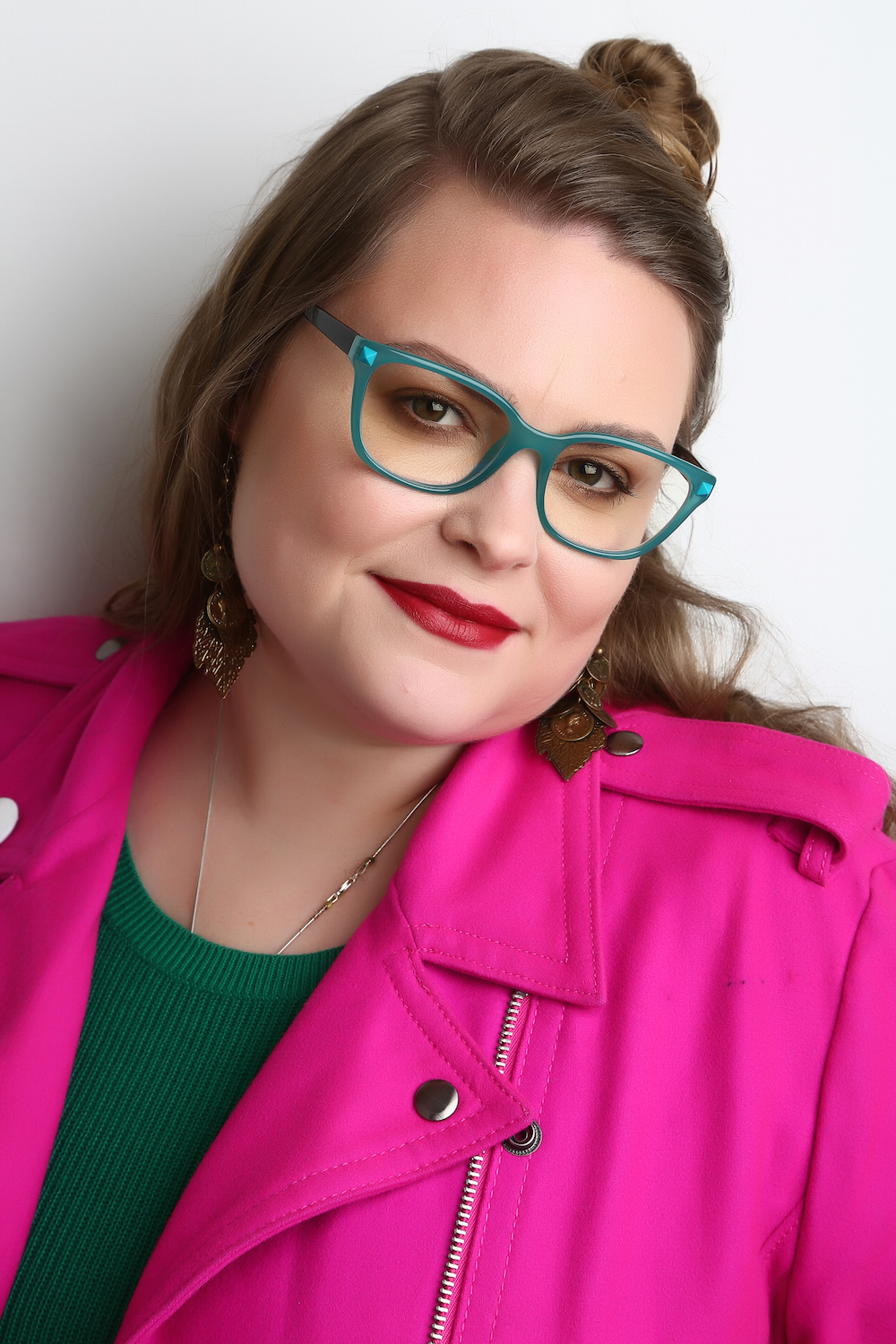 Ellie has been Doc/Fest's resident Canadian since 2018. She started as Hospitality Coordinator making sure all our lovely guests have trains to ride and places to sleep. She now assists with operations and festival participation programmes. She moved to the UK in 2016 after five years at Whistler Film Festival in Whistler, BC. Since then she’s also contributed to the film programme for the Hull UK City of Culture 2017 project, Leeds International Film Festival and is a trustee for Hull Independent Cinema. Her hobbies include crying at animated films, walks with her British husband and their rescue staffie Billy, spreading her love for the city of Hull and being confused by British cultural norms. 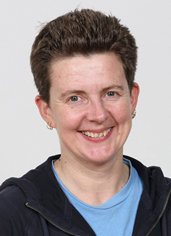 Fiona has 17 years’ accounting experience in various industries including Real Estate Investment Management, Manufacturing, Reprographics and Brand Management. Before embarking on her career in finance, she worked as a lifeguard and as a kitchen porter, and outside of work her hobbies include herding cats. This CV made her the ideal candidate to lead the finance team at Doc/Fest when the role came up in 2015. 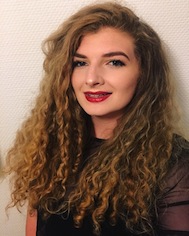 Hazel joined Doc/Fest in 2019 after graduating from The University of Sheffield with a degree in maths. At Doc/Fest, she helps with the accounts and is studying for the ACCA qualification. Outside of work, Hazel is usually found sampling Sheffield’s best bars and vegan food. 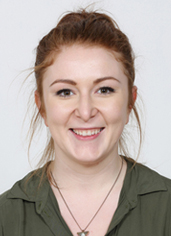 Cassie wanted to be a banker, but she lost interest. So instead she joined the Doc/Fest team. At Doc/Fest Cassie assists with the accounts. Please contact her if you have any exciting questions about VAT.