Thank yous to all involved in our 2020 Festival and good news about our 2020 programmes. And announcing our dates for 2021!

2020 is almost over, and the Sheffield Doc/Fest team wants to thank all the filmmakers, artists, speakers, industry representatives, partners, journalists, funders and audiences who made our 27th edition a success. Together we produced and experienced a six-month programme (usually six days!) of screenings and discussions that offered a window to the world - from the cinema in Sheffield, and online from homes across the world.

We also want to share the good news that we have been receiving about the films we launched. Since our first screenings in June, the films that had their World, International and European Premieres at Sheffield Doc/Fest have had 140+ selections in Film Festivals and Programmes across the globe, including at Art of The Real, Busan, Centre Georges Pompidou, Doclisboa, Doc NYC, Dok Leipzig, Edinburgh IFF, IDFA, Jihlava IDFF, Museum of Moving Image, RIDM, Zinebi, among many others. Some were also nominated for awards, including the Critics Choice Award, IDA Awards and BAFTA. We are proud and congratulate all the filmmakers and producers who have trusted us with the premiere of their films.

115 titles from 50 countries around the world made up our official selection this year, including the Retrospective “Reimagining The Land”.

All 60 Q&As and filmmakers introductions conducted can be seen HERE, and there will be another chance to see a selection of titles on BFI Player in the New Year (both UK only).

“The whole [Doc/Fest] program (...), is firmly rooted in both historical and contemporary actuality and closely interwoven into the conflicts and contradictions that we are faced with now, thus manifesting cinema both as consolation and a radical platform for change.”
Sofie Cato Maas, Senses of Cinema

“making my way through "Reimagining the Land" felt less like attending a formal retrospective organized by an institution, and more like a process of working through a list of film recommendations—a set of options suggested by a knowledgeable friend that are actionable at your leisure.”
Matt Turner, MUBI Notebook

Thanks too to the artists who exhibited as part of our online Arts Programme: “Ghosts & Apparitions”: Maria Court & Trinidad Pilz, Kitty Clark, Paula Albuquerque and Keiken whose Metaverse Messenger is available to view on our Youtube page.

The recordings of our Talks & Sessions programme will also be available to watch for free on our Youtube page from January.

Being among the first of the festivals to go online, we want to thank those who came before us and gave such generous advice, and we will continue to share our own learnings. Likewise, we’re grateful to the Showroom Cinema for creating a safe environment in which we could present our Autumn programme on the big screen, and we’re eager to return to our home from home in June 2021.

“Many participants also commented that the meetings in the break-out rooms [at Sheffield Doc/Fest’s Marketplace] felt more focused, given the absence of peripheral distractions and noise.”
Tiffany Pritchard, Filmmaker Magazine

We look forward to seeing you all in Sheffield and online as we work towards a hybrid, and for next year extended, festival: Friday 4 - Sunday 13 June 2021.

We’ll be back with news in January and in the meantime remain open for entries for our Film & Arts programme and our Marketplace, and we will be sure to update you with the news that come out of the one-to-one match-made meetings as part of our market this year.

From all the team at Sheffield Doc/Fest, we wish you a happy and healthy holiday. Bring on 2021!

News of films with World and International Premieres at Sheffield Doc/Fest: 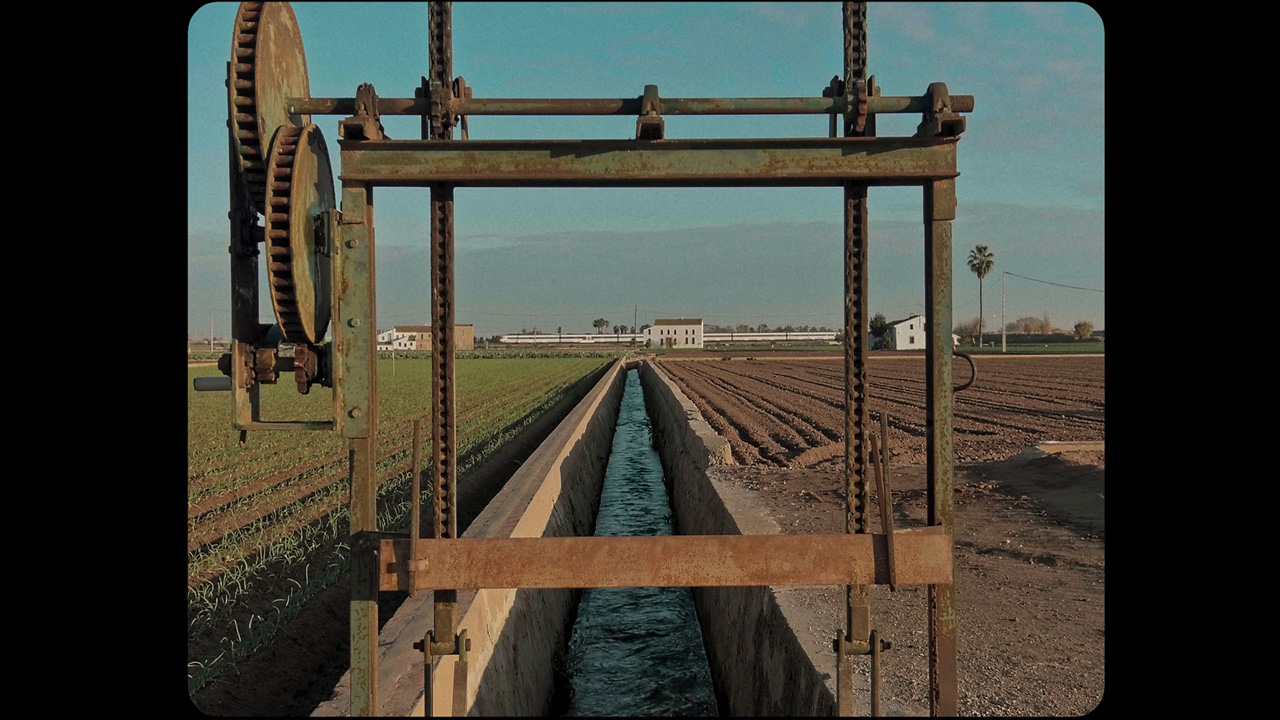 “Camagroga is a sombre but dignified portrait of a struggling community.”
Filmuforia 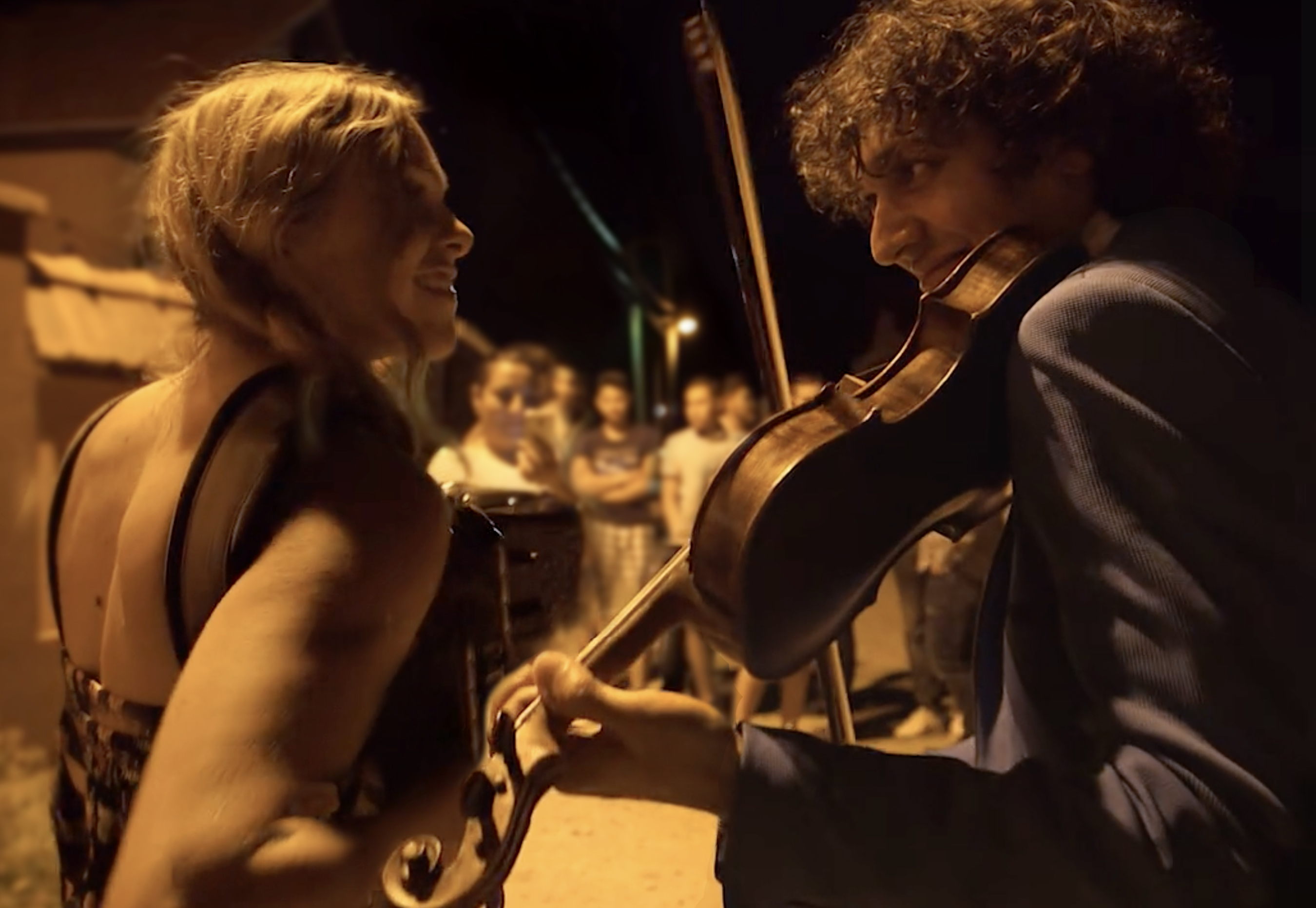 "this patient film is strengthened by its charismatic central figures, whose openness in front of the camera adds drama to their romantic ups and downs.”
Screen Daily 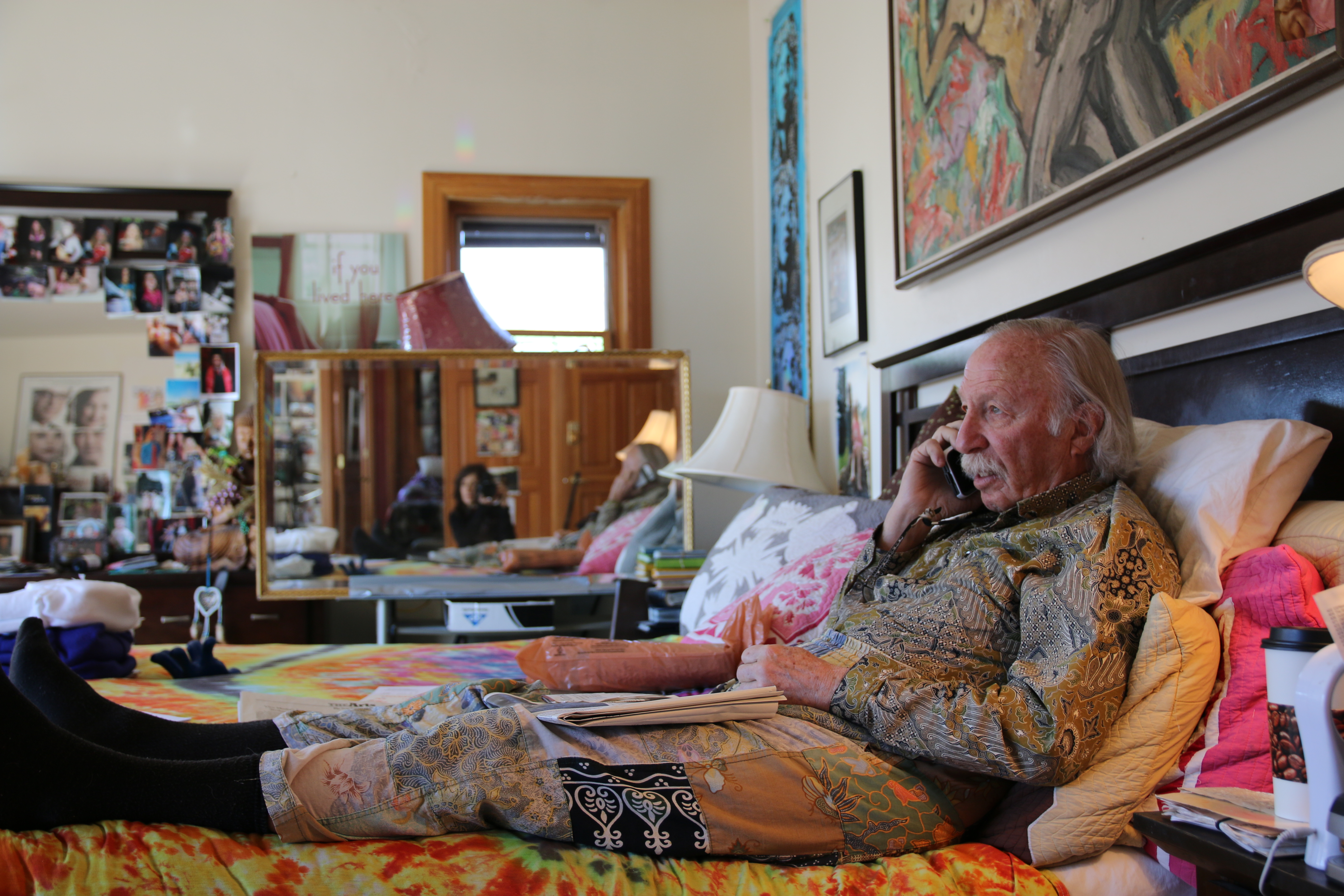 Film About A Father Who, by Lynne Sachs, international premiere in Into The World, with a Focus on the filmmaker’s work in Ghosts & Apparitions:

“Sachs embraces variegated renditions of filmic language, recording the world, digesting it, and offering it to viewers in its performative beauty.”
Hyperallergic 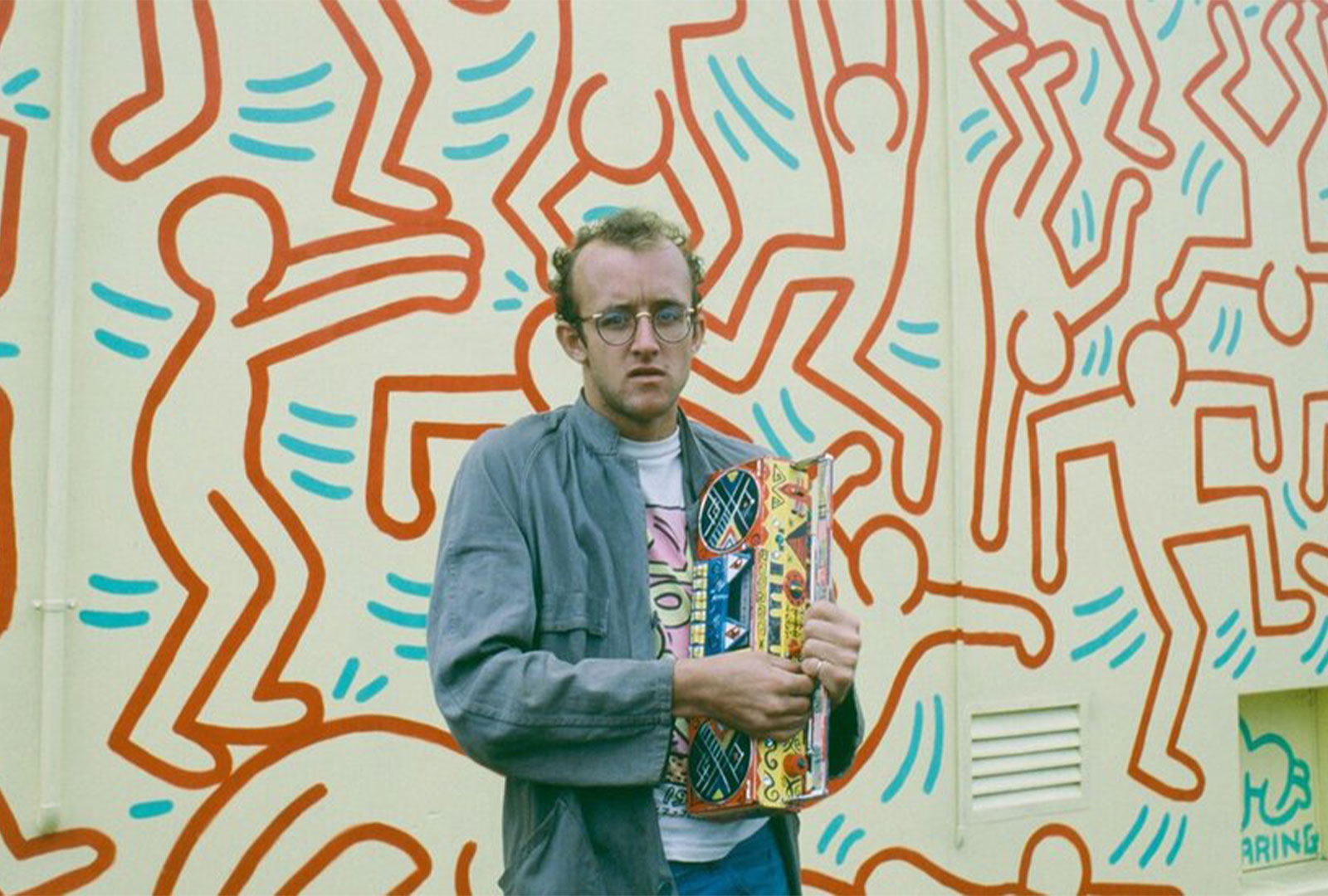 “Ben Anthony strikes a perfect tone and pace with the combined use of archive footage, interviews, and audio of Haring’s own words.”
One Room With a View 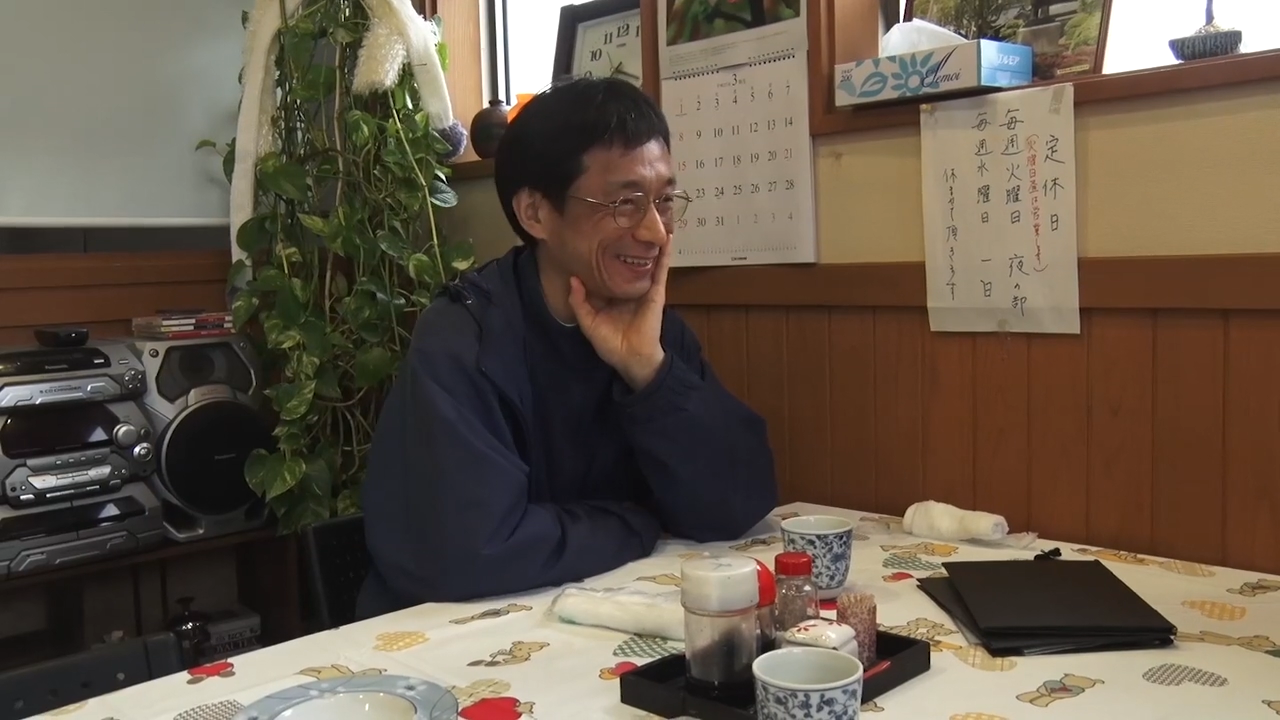 Me and the Cult Leader, by Atsushi Sakahara, world premiere in Ghosts & Apparitions:

"staged something like the early work of Louis Theroux or Michael Moore; earnest in approach and full of dark humour despite the difficult subject matter."
Little White Lies 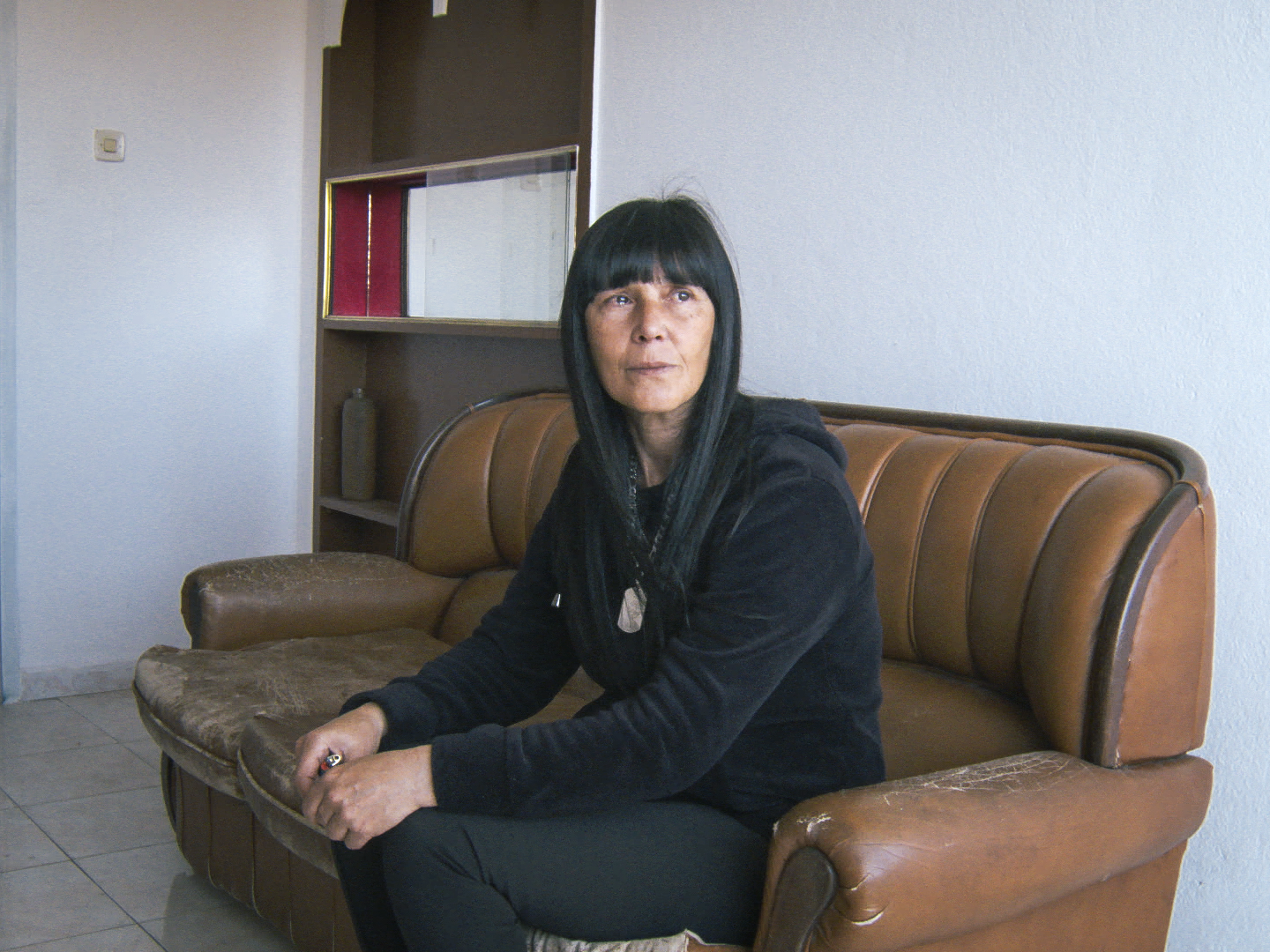 Our Land, Our Altar, by Andre Guiomar, world premiere in Rebellions:

"dignifies the lives of the last residents in a social housing estate in Porto where eviction has become inevitable. An impressionistic work which captures an emotional sense of community and loss”
Screen Daily 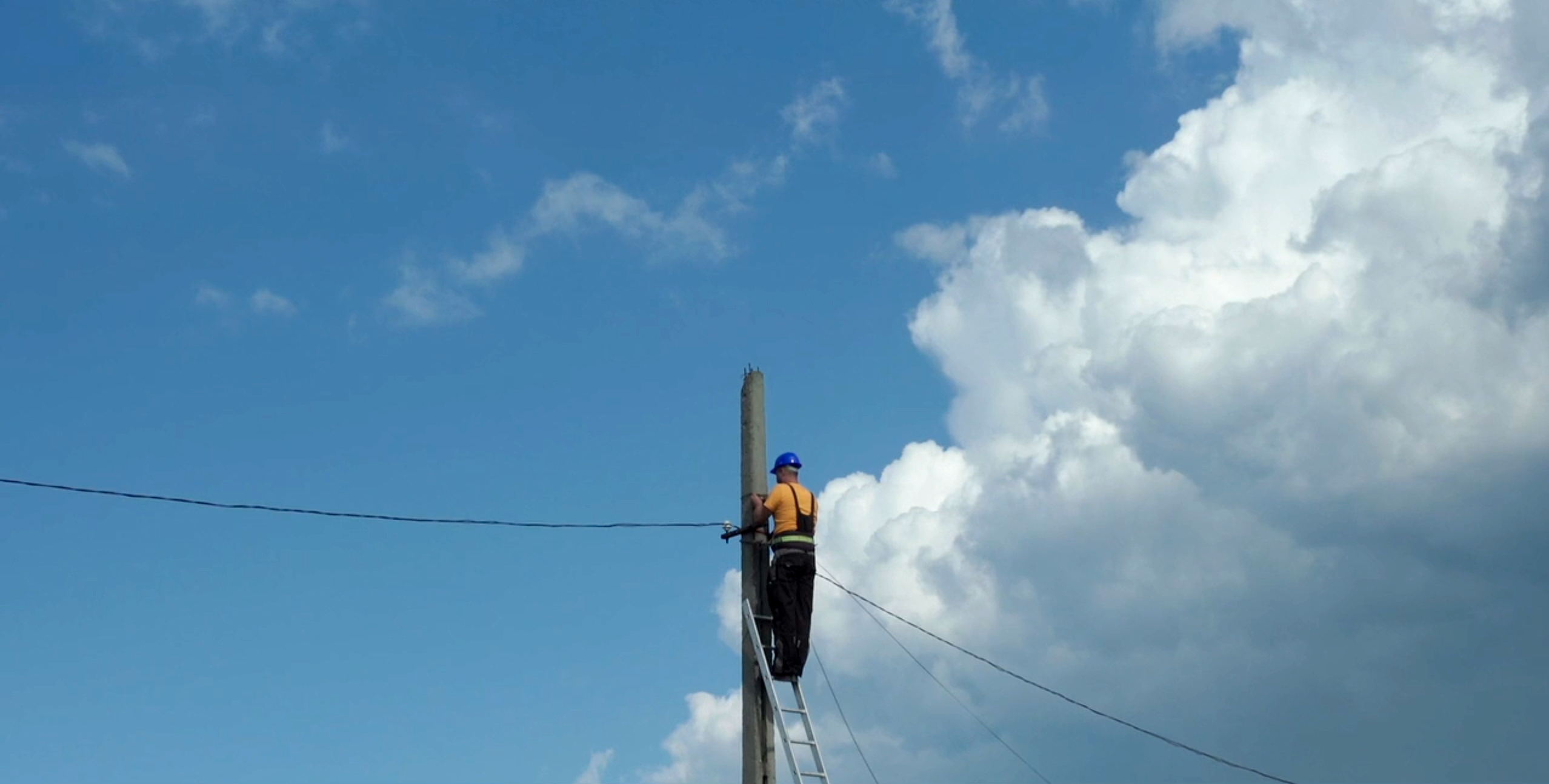 Please Hold The Line, by Pavel Cuzuioc, world premiere in Into The World:

“An artful look at a part of Europe grasping towards connection, and the unsung workers who help achieve this.”
Cineuropa 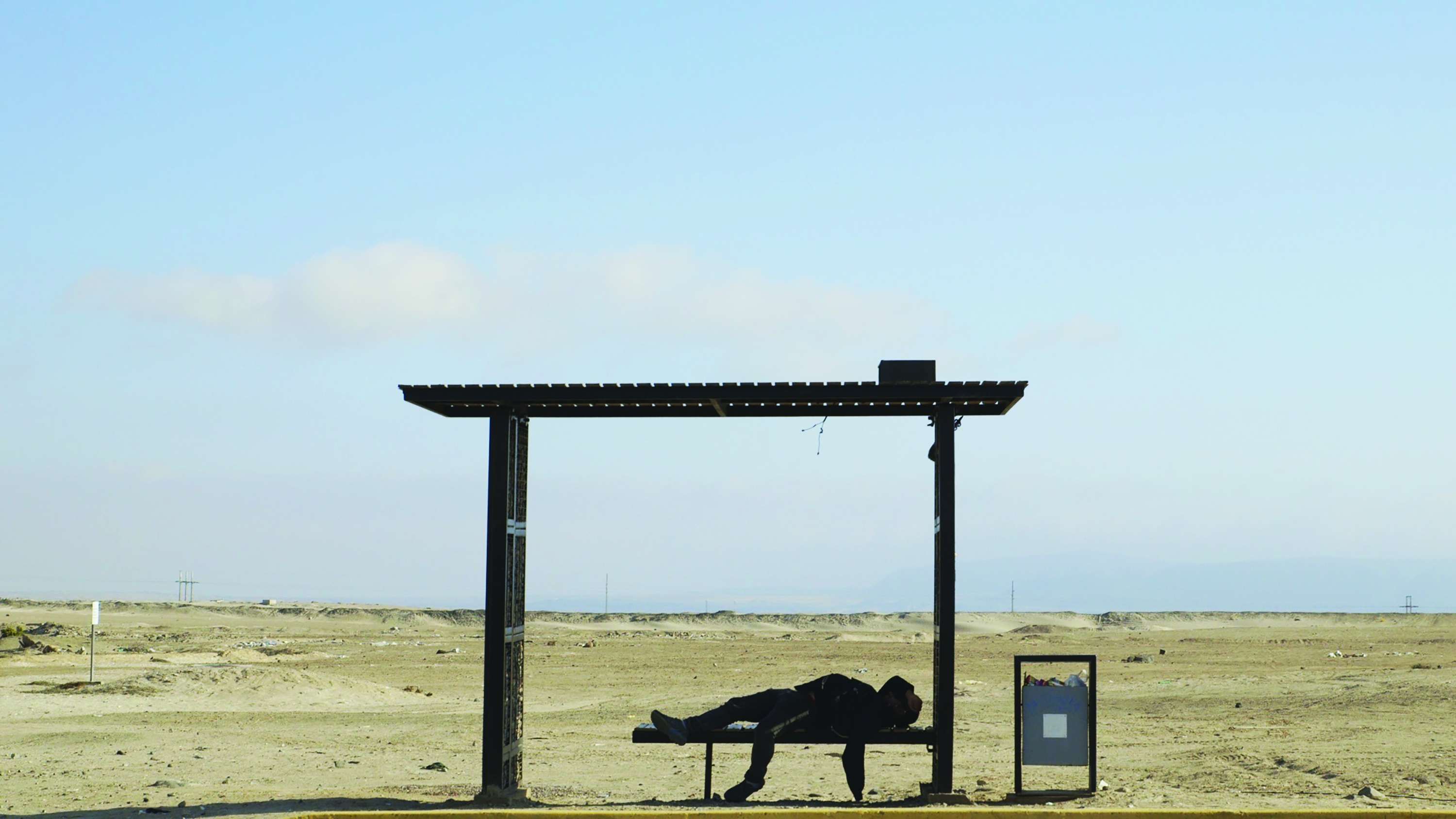 Space Journey, by Carlos Araya, international premiere in Into The World:

“This also makes it a truly photogenic concept, as it reveals the huge diversity of the Chile’s magnificent landscape.”
Ubiquarian 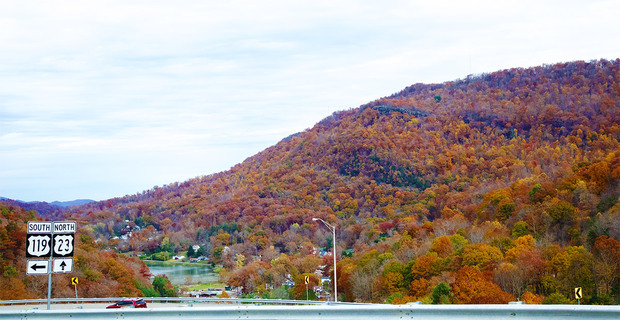 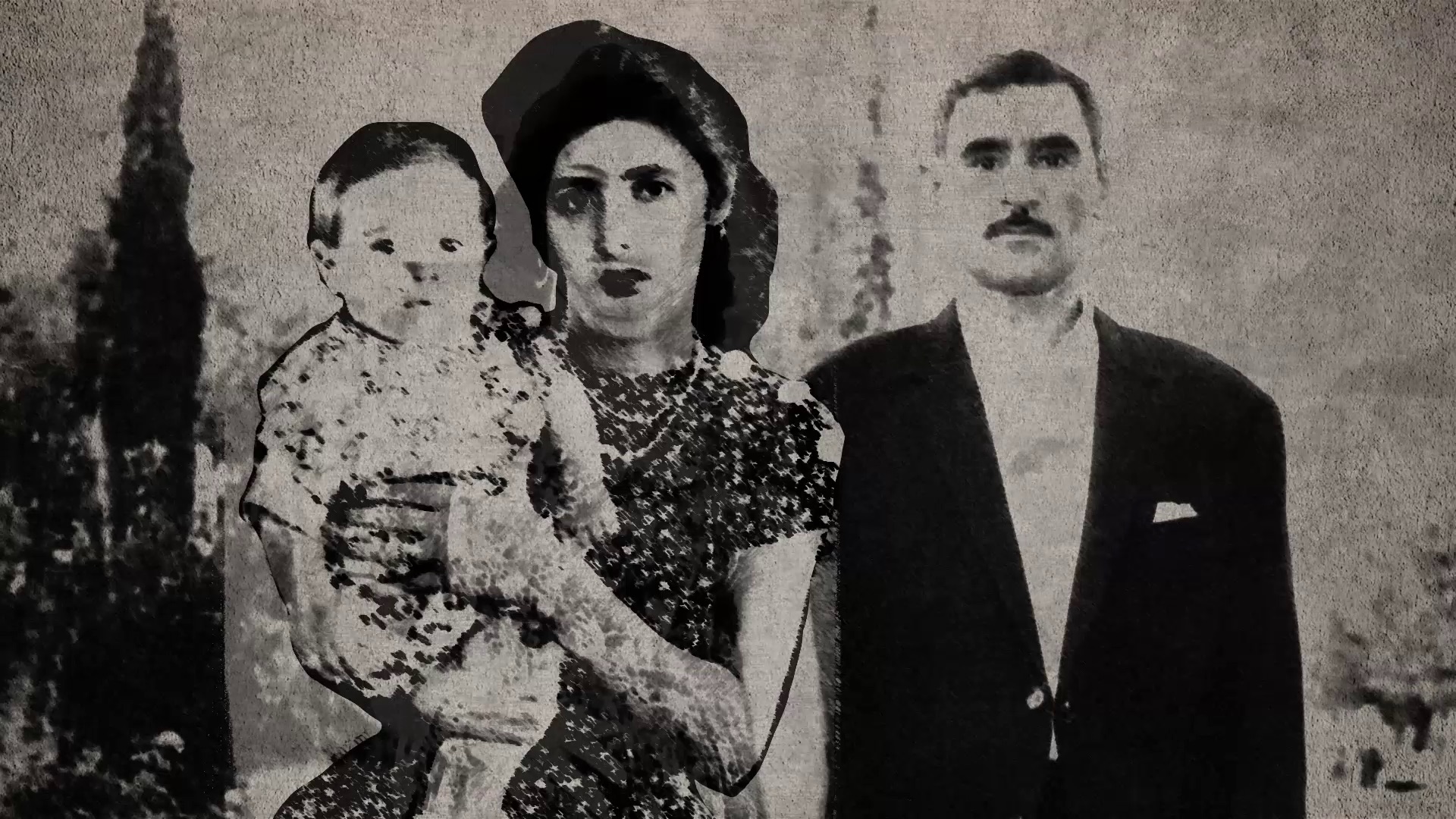 The Art of Living in Danger, by Mina Keshavarz, world premiere in Rebellions:

“Resilience and bravery in the face of injustice and oppression are not just the subject of Mina Keshavarz’s latest feature, about a Teheran-based women’s group dedicated to highlighting the issue of domestic violence in Iran. They’re also part of the fabric of a film which is shot”
Screen Daily 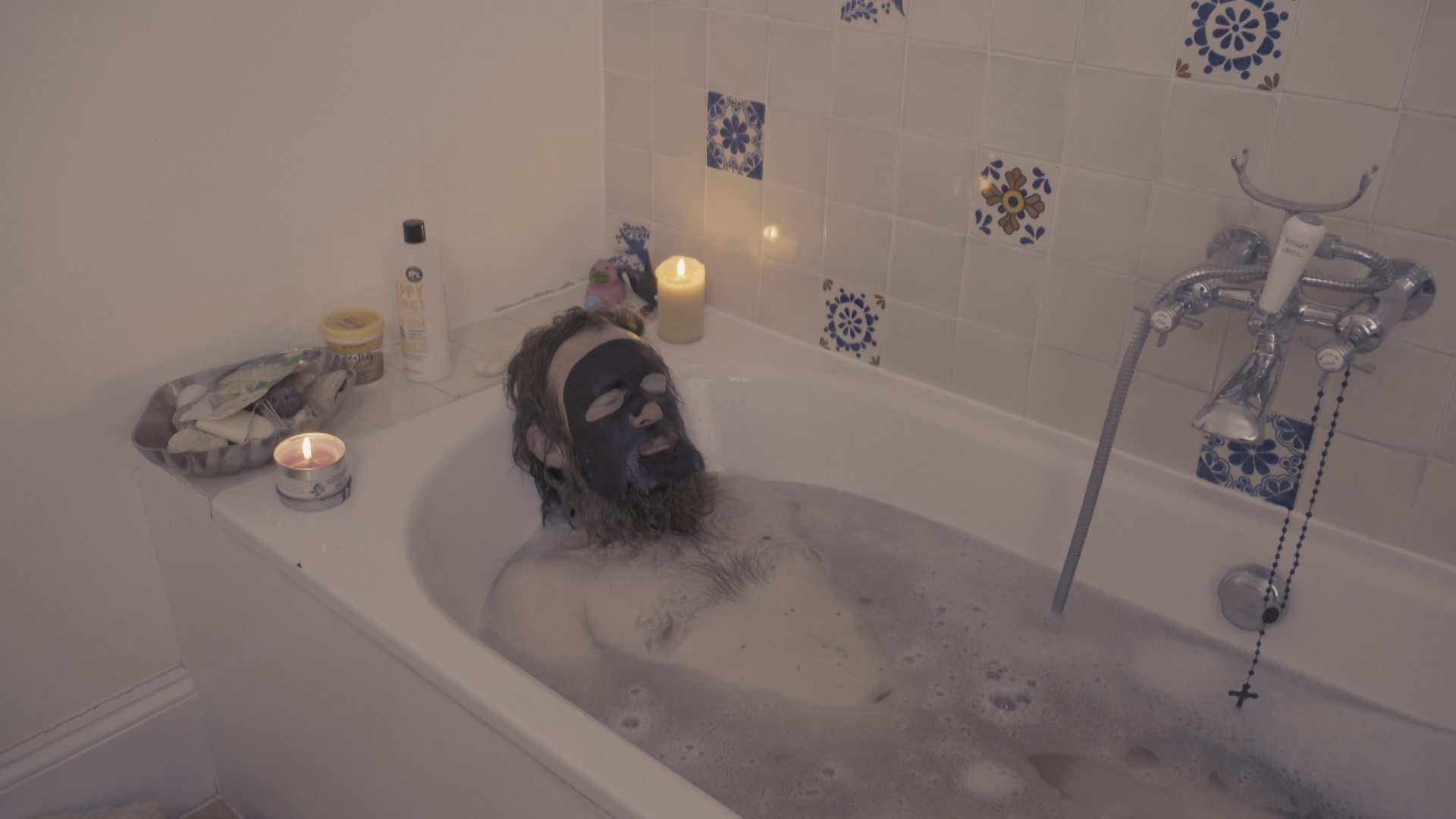 The Filmmaker’s House, by Marc Isaacs, world premiere in Rebellions:

"Isaacs is unapologetic about bending the rules of traditional documentary."
Business Doc Europe 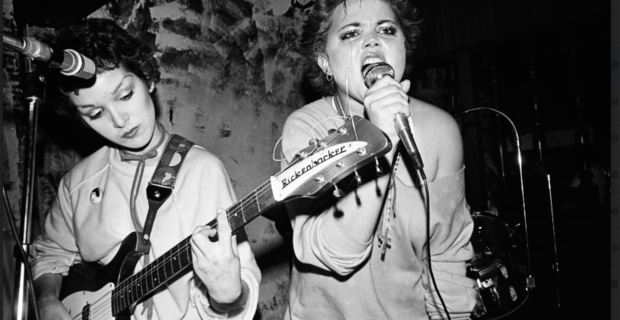 The Go-Go’s, by Alison Ellwood, international premiere in Rhyme & Rhythm:

“A very compelling story about learning, where the young misfits (...) get together, fall in love, grow up, break up - on stage just as in life.”
Le Polyester 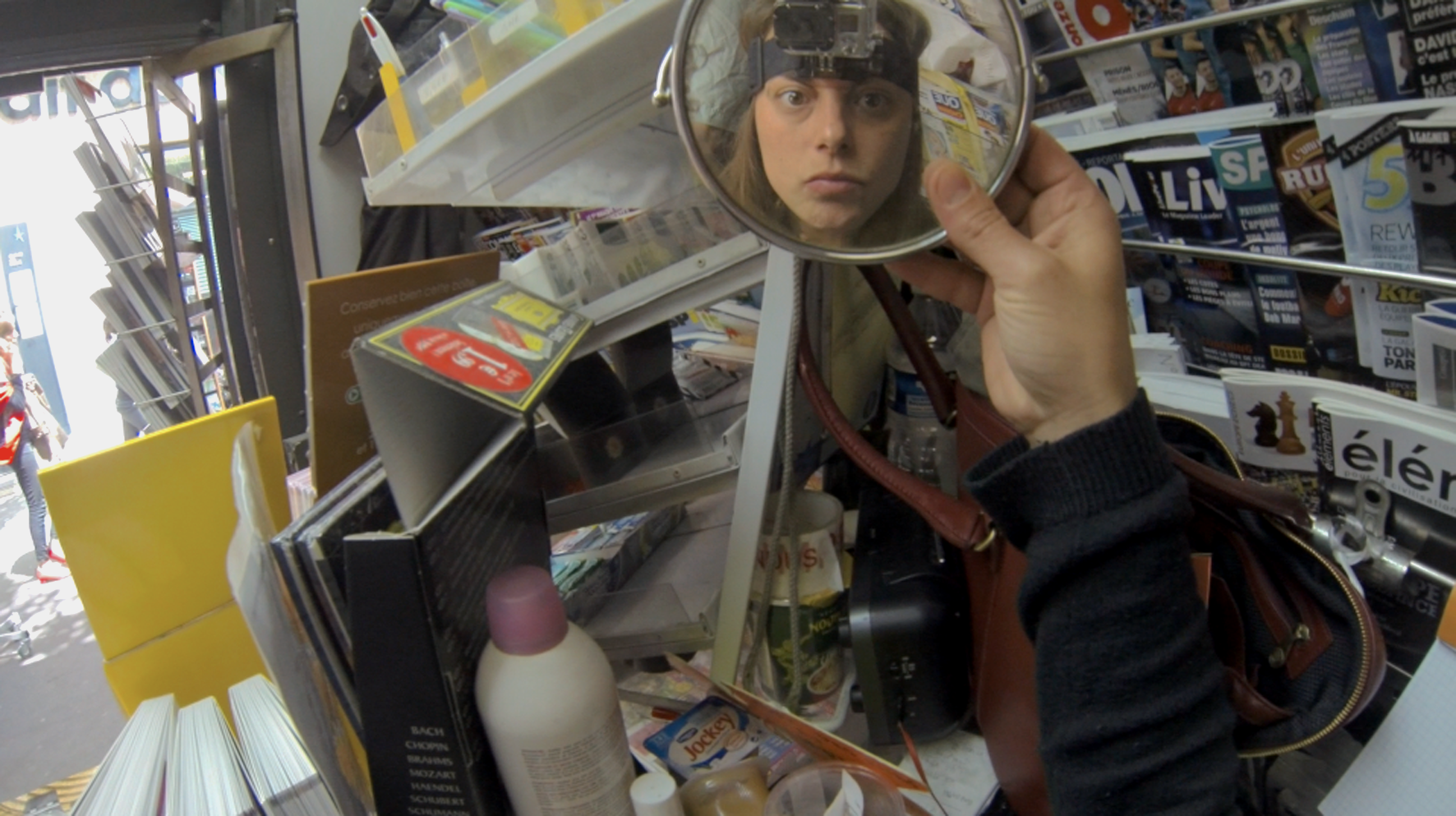 The Kiosk, by Alexandra Pianelli, international premiere in Into The World:

“The Kiosk is a master class in filmmaking resourcefulness.”
Slant 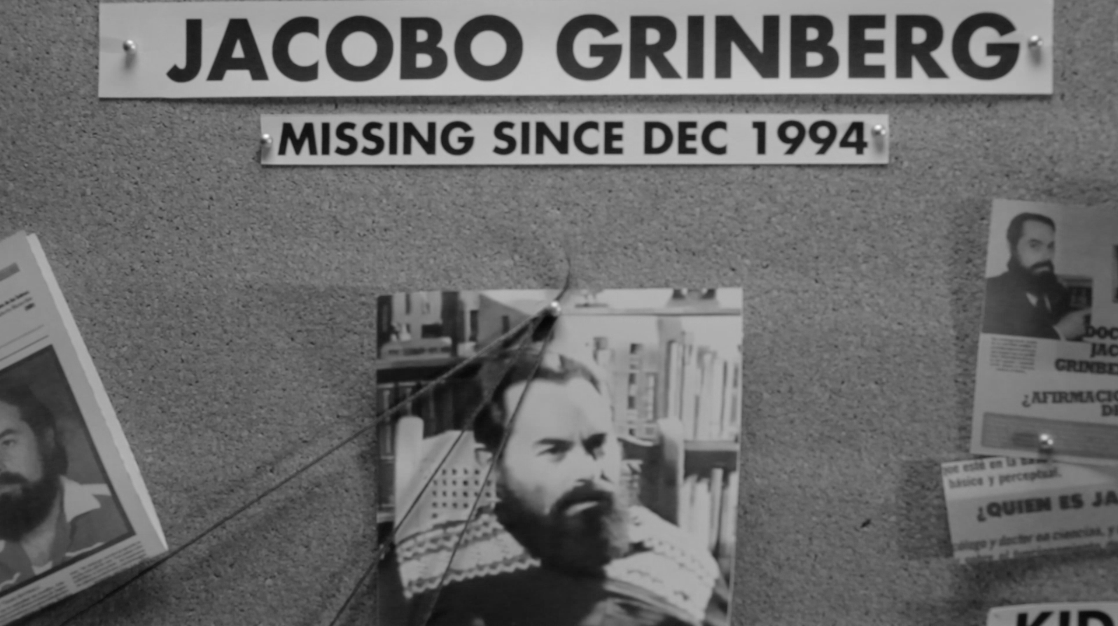 The Secret of Doctor Grinberg, by Ida Cuéllar, international premiere in Into The World: 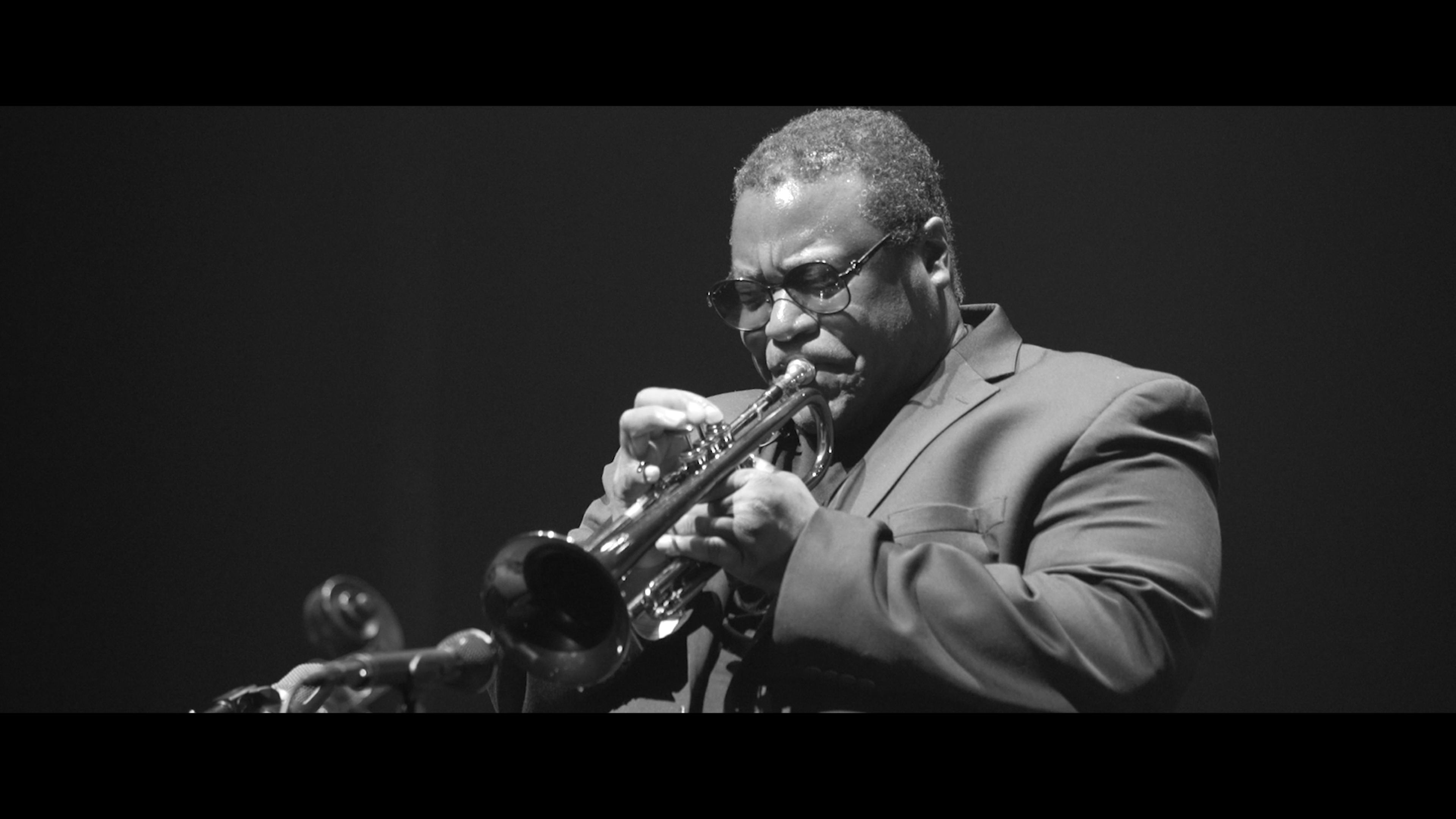 "One of the very first films to be shaped by the tragic shadow of 2020's global pandemic, this warm tribute to Roney and his craft will be catnip for jazz aficionados worldwide"
Hollywood Reporter 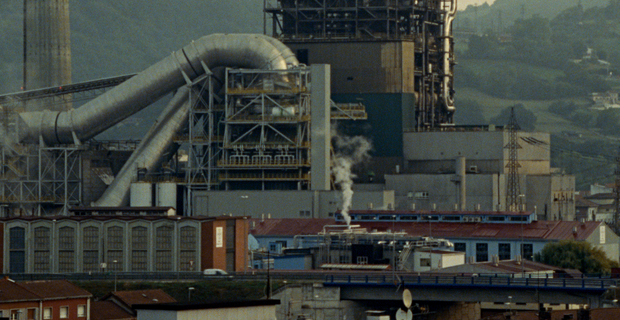 Work or To Whom Does the World Belong, by Elisa Cepedal, international premiere in Ghosts & Apparitions:

“[...] as passionate as it is thorough.”
Ubiquarian 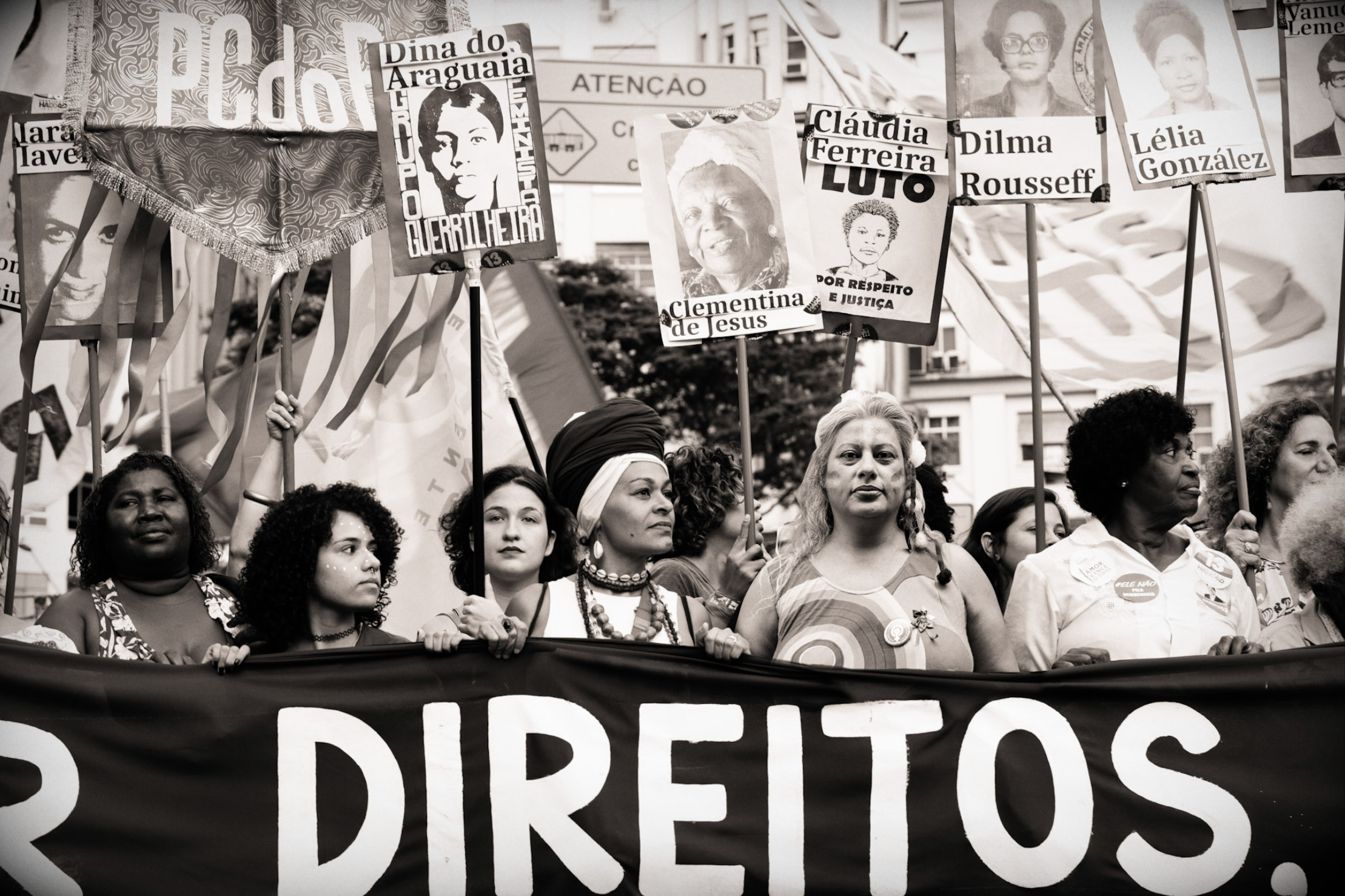 Your Mother’s Comfort, by Adam Golub, world premiere in Rebellions:

"like the woman herself, it’s hard not to fall in love with “Your Mother’s Comfort”
In Their Own League

TO KEEP UP TO DATE WITH ALL THE DOC/FEST NEWS AND DEADLINES, SIGN UP TO OUR ENEWS HERE.