Hot off the press following our open call poster competition: congratulations go to our winner, the visual artist Edwin Mingard!

At Doc/Fest, we have a great sense of local presence and local pride. We’re proud to connect thousands of documentary makers and documentary lovers with industry players here in Sheffield each June, resulting in the discovery of new talent, new collaborations, and new commissions. We feel Edwin produced artwork that truly reflected this.

We were lucky enough to receive a number of stunning submissions, nationally and internationally, and now we're pleased to present the winning Sheffield Doc/Fest 2019 Poster: 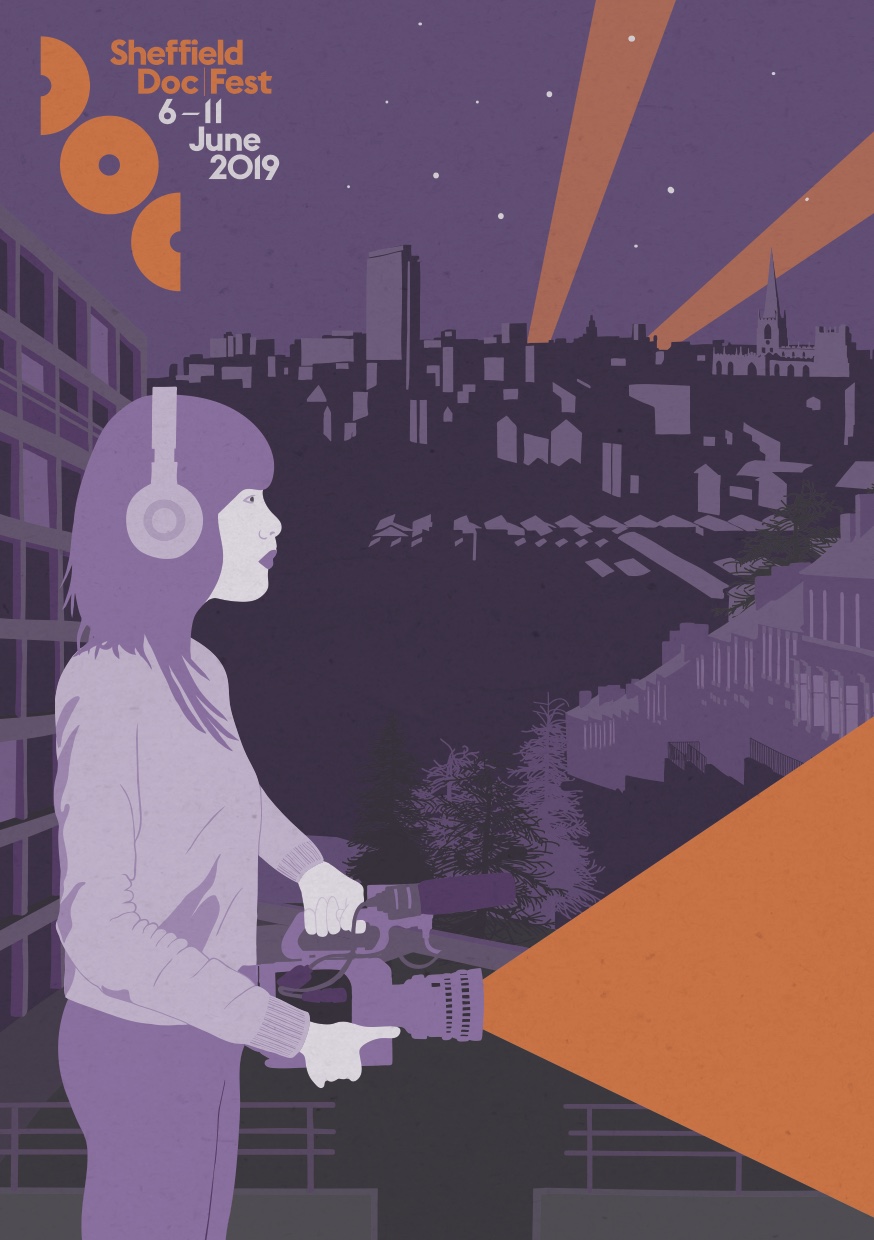 Edwin said, “I make work that aims to say something about the social change we’re experiencing together. Sometimes the output is a film, but sometimes it’s a publication, a series of images, an installation.”

The concept behind Edwin’s artwork drew on the elements of documentary, truth, and championing anyone’s capability of being a documentarian.

On his winning design, Edwin added, “I liked the idea of being able to say something about documentary as a form, one element became the idea of a camera’s field of vision referencing a torch in some way – shining a light wherever it’s pointed. So many metaphors for truth use light: exposing, illuminating, highlighting.

“I love the fact that documentary is open to all, so it’s a young woman with a camcorder, not a big camera crew with lights, sound. It felt important to reflect Sheffield in the design. I hope people will recognise it, and that people from elsewhere will when they visit.

“I also just love cinema and the moving image. Alongside making work, I’ve founded or helped to run a number of cinema and art spaces, predominantly volunteer-run, not-for-profit, open-access organisations. I’ve developed my illustration through making posters, banners, designs etc for those places. So it was a really great experience to do the same thing for something as high-profile and just generally great as Doc/Fest.”